Express.js is a minimalistic and flexible web framework for Node.js applications that provides a rich set of features for mobile and web applications. 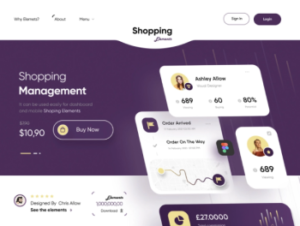 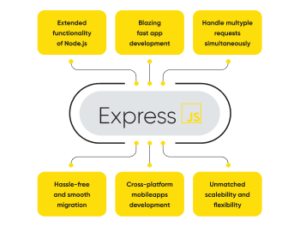 Express.js was founded by TJ Holowaychuk. The first release, according to Express.js's GitHub repository, was on the 22nd of May, 2010. In June 2014, rights to manage the project were acquired by StrongLoop. StrongLoop was acquired by IBM in September 2015. In January 2016, IBM announced that it would place Express.js under the stewardship of Node.js. Express.js is a fast, open-minded, minimal, and flexible Node.js web application framework that provides a robust set of features for web and mobile applications. Express.js provides a thin layer of fundamental web application functionality that doesn't get in the way of the Node.js features you know and love.

Without a doubt, Express.js is the most famous Node.js framework, so when people talk about Node.js, they mean Node.js + Express.js. Using Express.js brings fast and efficient work that in turn allows doing the job better and faster too.

On the Google Trends graph, you can see the predominant position of Express.js

Our experienced and professional team is happy to help you find the right technical solution for your business using Express.js along with Node.js

Our development team consists of true professionals that have experience in both front-end and back-end. They always develop themselves and learn new technologies and features to make all the projects as good as possible. In that regard, Express.js is not an exception. We have strong back-end and full-stack developers who already created a project using this and other technologies, and as practice shows, the final results justified all the expectations. We also use other technologies to provide a wide range of services. For example, look at Vue.js.
Let's make your idea come true together
Contact us
Discover