One of the most popular open-source relational database management systems nowadays that becomes crucial for modern and effective back-end development. 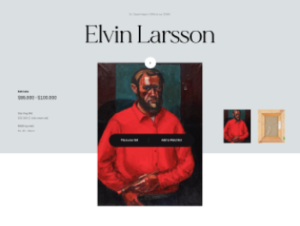 To say shortly, MySQL is a relational database management system. MySQL was created by Swedish developers in 1994. It was released under a free license, but the company was later absorbed by Oracle. MySQL is not unique in its kind. There are plenty of such programs. But database management systems are often associated specifically with Swedish development. It got to the point that database servers with any software, sometimes called MySQL. All thanks to its popularity and recognition among large corporations. It is used by Facebook, YouTube, Google, and thousands of other IT companies.

MySQL has a number of benefits that help this DB to stand out among its rivals and keep the first place in usage. Those benefits are:

On the Google Trends graph, you can see the predominant position of MySQL compared to one of the competitors – SQLite.

The popularity of MySQL is not accidental. It gives the best service in comparison with other technologies like GraphQL or MongoDB until you realize you need something more powerful. Or it will always be one and only for you, as well as for a million webmasters around the world. From our side, we can offer you such services as:

In our company, we use MySQL on the daily basis, either for clients' projects or for our own CRM. That means that we have a wide range of experience using this DB and that, in turn, lets us build decent products because with our expertise we are able to apply the best solutions for customers.
Let's create a something great on your project with MySQL together
Contact us
Discover