MERN and MEAN: which stack to choose in 2022

Technologies and IT solutions come into our lives to make them easier and more comfortable. The development of a good IT product requires a lot of effort, and one of them is the tech stack that will be the most suitable for your purposes. The MERN and MEAN battle is an old topic for consideration, and in order to free your heads from extra thoughts, we'd like to explain what would be better to choose in 2022.

MEAN and MERN stand for different tech stacks that are used for the development of web apps and sites. Taking the right tech stack for a project appears to be one of the most difficult tasks because different technologies provide various means of reaching your goal. You can understand what tech stack you need by just getting at least a slight knowledge of them. That will make your vision clear and help you make the right choice. In this blog post, we will try to show and explain to you in slight detail all the info about the tech stacks and which of them will be the most useful for you.

What is a stack? To understand the topic more clearly, it is necessary to understand what is actually a tech stack. To say shortly, the tech stack is a set of technologies like programming languages, frameworks, and libraries, necessary for creating a specific digital product. The variety of stacks is related to the fact that different clients have different projects and requirements, so you can’t use just one stack to create different projects.

What is MEAN stack? MEAN stands for MongoDB, Express.js, Angular, and Node.js. As you can see from the abbreviation, MEAN is a set of technologies that are able to provide a full cycle of development of a website or app. This tech stack provides a strong and robust development process and offers an open-source framework with a flexible code transfer. Also, MEAN appears to be rather useful in MVP development, and together with numerous libraries and modules it significantly increases the speed of development. That, in turn, is pretty useful for start-ups.

In addition to that, MEAN stack has a number of advantages like these:

Furthermore, Angular is a framework, so it ensures the higher productivity of your apps and websites

What is MERN stack?

The MERN is similar to the MEAN Stack but with a key difference: the MEAN stack uses Angular to build front end web applications, while the MERN stack uses REACT to create them.

The MERN stack consists of four powerful web development technologies that, when used together, have far more efficient and effective results.

MERN is simply an acronym for these four technologies when used in tandem. They are:

Express.js – a minimalistic web framework for Node.js known for its speed.

Node.js – a JavaScript runtime that operates on Chrome’s V8 JavaScript engine and brings JavaScript to the server.

The main advantage for developers using the MERN stack is that each line of code is written in JavaScript. It is a programming language that is used everywhere for both client-side and server-side code. With one language between levels, there is no need to change the context.

In general, the use of the MERN stack allows developers to create high-performance web applications.
The main advantages of MERN stack:

Choosing between such powerful stacks is not an easy task. Each of them has its own set of pros and cons. They have a lot in common but exactly their differences directly influence our choice. MEAN stack is powerful because of Angular and its CLI inside the stack. It allows the creation of almost everything with a high proficiency and performance. Following the rules of Angular’s ecosystem gives the chance to develop apps and websites faster and better. Code transfer, dynamic UI, speed, and stability all are the features of the MEAN stack.

Considering the MERN stack, it provides a high range of flexibility and freedom. Also, ReactJS from this stack enhances a better UI layer abstraction. That influences the code execution because of a wide collection of built-in dynamic UIs. MERN is also good at navigation between the front and back-end and provides better control alongside the updates of large and dynamic JSON data. The decision on choosing the tech stack is only up to you. In this article, we have shown the pros of both MEAN and MERN tech stacks. Having a basic understanding of them and knowing what you need to develop, you can do the necessary choice and create something that matters. Together with RIVO AGENCY, you can create a really decent and useful app or website. And if you ask which tech stack MEAN or MERN we use, we say both. So you will turn to real professionals. 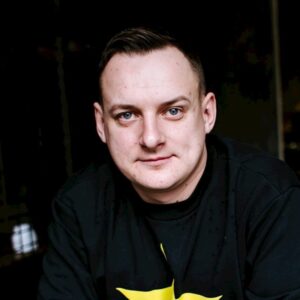 Let’s build the success of your business together
Contact us